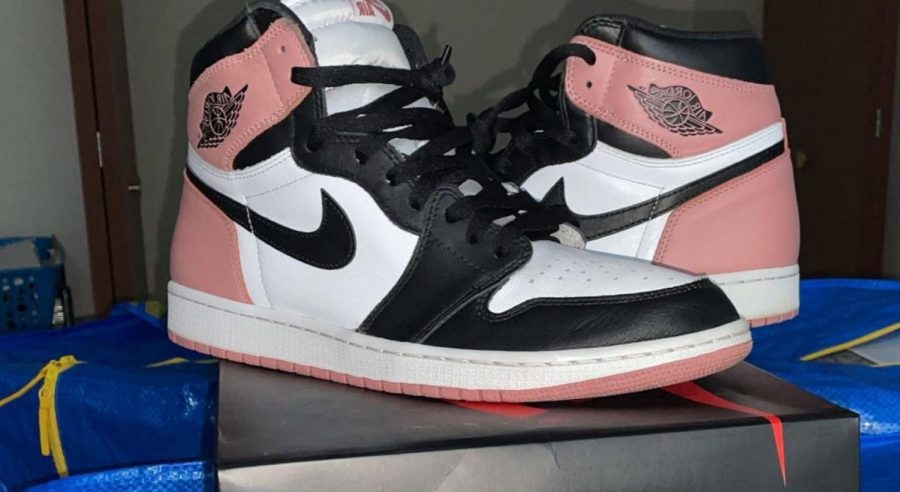 Whether low-top, high top, cross trainers or running, chances are good you have a pair in your closet.

According to theconversation.com John Boyd Dunlop invented the first type of shoes developed for sports in the 1830s by figuring out how to bond rubber soles to canvas. The first pair was made for Victorians on beach excursions, but his company created tennis shoes worn at Wimbledon in 1929.

This idea of versatility is what first sparked interest in sneakers and still does to this day. From going on a run to seeing them on the runway, sneakers work well for daily life while also providing some level of style.

The sneaker craze was more than just a new addition to the public’s closet, they soon became a symbol of social status. In 1970, the popular aerobic style started to include sneakers such as the Nike Blazer and the Adidas Campus, rapidly making them a fashion staple.

The advent of the celebrity athlete kicked off the current sneaker culture.

During this time, brand deals between shoe brands and athletes took off. Nike successfully marketed through the public’s interest in sports players by teaming up with Michael Jordan and created the iconic Air Jordan.

According to the Sports Drop,  “[Jordan] He was lovable. His competitive drive and his flashy style made him an easy player to be a fan of.”

This love spiked the public’s love and admiration for the shoe. The Air Jordan 1 came out in 1984 and caused quite a riot in the NBA. Designed in mostly black and red, the shoe broke the NBA’s 51% white rule. This publicity, even though negative, drove Jordan 1 sales up. ESPN reported that Nike sold $70 million dollars in the first month of dropping.

Currently, the Jordan 1 is a huge sales market. Collaborating with luxury brands, such as Dior and Off- White, the shoes can retail anywhere from $100- $25,000 according to Goat.com.

Interest in the ‘latest and greatest’ sneakers has led to addiction and violence. According to Kate Keller from the Smithsonian Magazine, starting in the late 1980, theft and even murder have been committed over possesion of the shoes.

The shoes also began to take off in mainstream rap and hip hop culture elevating them into a status symbol. Songs like “23” by Miley Cyrus, Wiz Khalifa and Juicy J refer to the famous Jordans in the song. Lyrics like “Put on my J’s and dance the whole night away” show the significance of the shoes.

Sites such as StockX and Goat allow shoe connoisseurs to buy and sell new and used sneakers. The shoes get shipped to the company headquarters where they are checked for authenticity.

According to Tristan Rose, writer for Entrepreneur-360.com, StockX made $400 million in revenue from 2020 alone. Sellers’ fees account for part of this ranging from 8-10% depending on the levels of sales the seller has.

Sneaker Con, another selling site, takes buying and selling to the next level with Sneaker Con, a convention where thousands of shoe- lovers are able to trade amongst themselves. With dates all over the world, Sneaker Con is accessible to most with tickets starting at about $25 depending on the city. Sneaker Con will be open to the public in Chicago on Dec. 12.

Junior Vinnie Cisneros markets his buying and selling business at Sneaker Con and through social media.

“I’ve always been invested in shoes, and I usually choose what shoes I would wear and also know what people want,” Cisneros said.

Shoes made with luxurious brands are often supplied in small quantities, making the value go up as people buy them. These are what sellers tend to look for.

“I choose what I want to sell by what the people want… I had a good amount of people ask me for a pair of shoes called the off- white lots… I went and got and sold them as soon as possible,” junior George Koliopoulos said.

This gaining industry also allows teens to make money in an unconventional way. Teaching them things like money management and watching sales patterns teaches lessons other jobs otherwise could not.

“Buying and selling has changed me to who I am today [and] taught me how to save money,” Koliopoulos said. “This entrepreneurship life of mine is finally coming into play, and I am so excited for what my future has to hold.”

How Adidas Lost Out On Billions With Michael Jordan

How Does StockX Make Money (Business and Revenue Model)