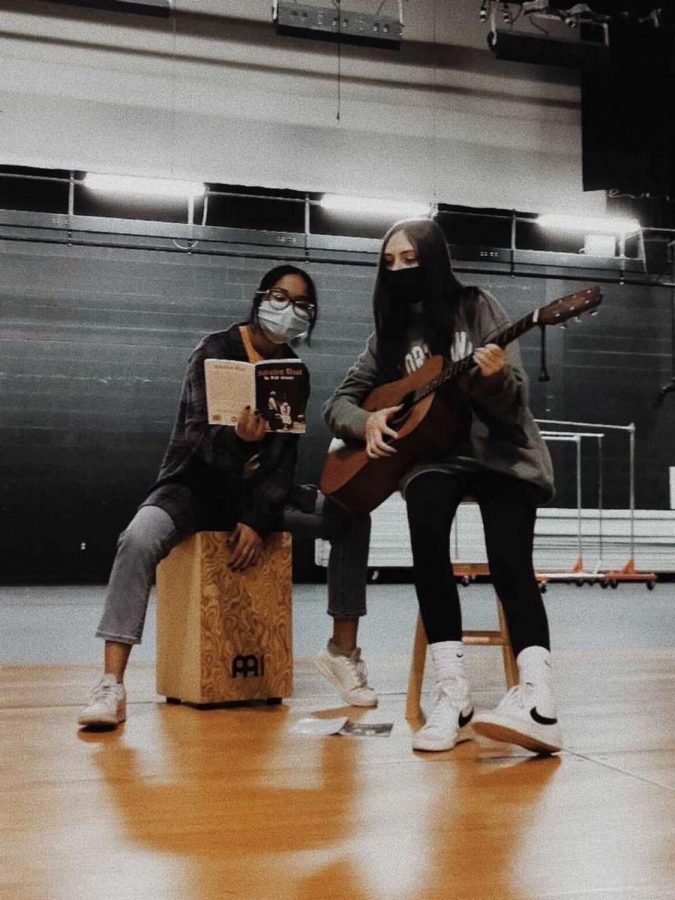 A mysterious cult takes hold upon a young girl, and it is her younger brother’s job to make the journey to save her.  That is what the audience can expect from D.W. Gregory’s “Salvation Road” being performed on the North stage from Nov. 18-20.

The set design is intentionally simplistic  because the story takes place in multiple locations. This is in contrast to the typical elaborate set productions created by set designer Sean Barber and his crew.

“The set and scenery is going to be very modern compared to other shows we have done,” sophomore set worker Georgia Chlebeksaid. “If the scene is taking place with the cult, your set might be in a church. We are also going to have sets that resemble a McDonald’s because it is taking place in the modern day.”

Costumes also represent a modern aesthetic made up of familiar pieces.

“The show takes place in the present day and most of the characters are in high school or college, so the costumes will mostly be what we see everyday at PNHS, with a few characters needing specific costumes, like Sister Jean who is a nun,” Barber said.

The tone of the play will be more chilling than cheerful, because the story has darker elements such as the cult and mysterious aspects of it.

“You can expect a more serious play with some comedic relief sprinkled throughout, mainly

offered by one of the leads named Duffy,” said senior Emma Blair who plays Simi.

Blair looks forward to the more challenging aspects of the show.

“I am looking forward to the serious subject matter of this play and how it will all come together,” Blair said. “I think it is a very difficult subject to tackle and a big challenge for the actors to perform; however, it will be a great learning experience.”

Play director, Kit Crawford, specifically chose this play because of the depthness within the play.

“I find it an interesting story – one with some gravitas and addresses issues such as belonging, family and faith that are certainly not superficial concerns,” Crawford said. “Thus, giving you guys a story to work on that is dimensional and not shallow.”