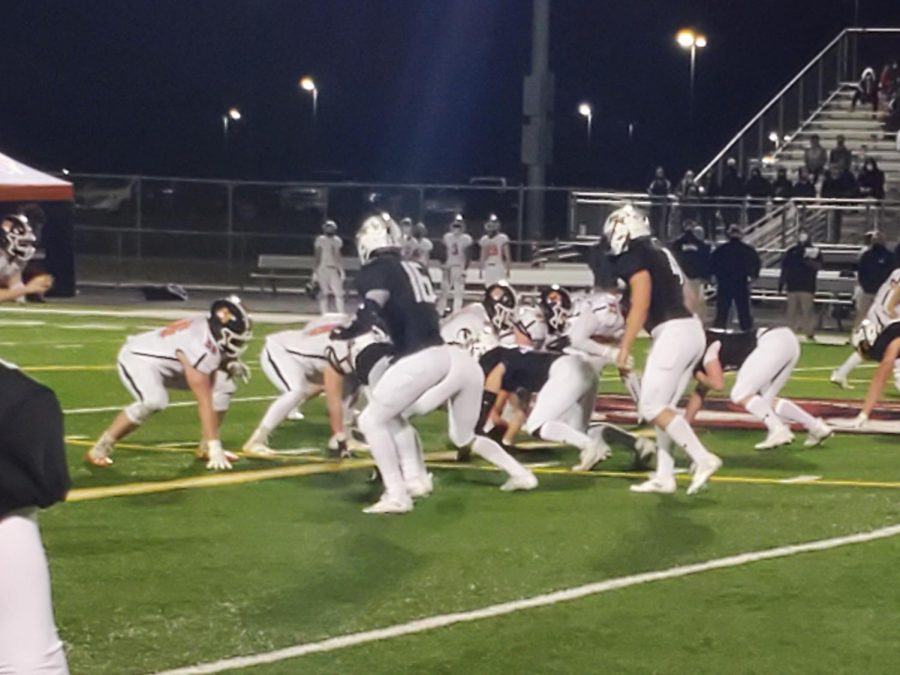 It’s been a long time coming, but the North football team finally made its return and was ready for action. Led by varsity head coach Anthony Imbordino, the 2021 Tigers are a young team looking to leave their mark this year!

“It feels great to be back. It has been a very long off season and I think we all have been waiting for this,” strong corner Jacob Wilson said. “We have put in a lot of work over the summer/winter and are excited to see what the season brings.”

The football season, which usually starts in Fall, now started in Spring of this year and the Tigers were required to follow protocols to make it safe for the players and spectators, on and off the field, including wearing new black masks that allow our players to breathe and still keep a good distance from their mouth and face mask.

“It does not bother me at all,” said senior O-lineman Zach Zappia. “When our helmet is off like when we do team meetings and on the bus to and from our games, we need to wear a full face mask”.

After losing 20 senior players from last year’s team, the Tigers were working to build a new identity this year by starting off with a terrific victory against Romeoville. The Tigers started the game off strong with multiple consecutive touchdowns on the opposing team and ended up defeating them 35-0.

“We have the same goals every year: Be better today than we were yesterday, be better tomorrow than we are today” head coach Anthony Imbordino said.

As the season began,the Tigers were once again striving to reach even greater heights and take this football season by storm throughout the year. Unfortunately, the athletic department was forced to close down the two lower levels of Freshman and JV teams on Sunday April 11th after two cases of Covid-19 were discovered.

“Unfortunately, it is what it is,” sophomore strong safety Jakub Mielnik said. “We had a good record that we were looking forward to. The team trained a lot, just for the last games to be cancelled. Looking forward to next year.”