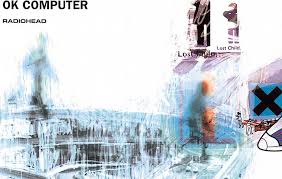 In 1997 Thom Yorke wrote “When I am king you will be first against the wall/ with your opinion which is of no consequence at all,” as a commentary for the music industry and oppressive corporations against their employers. The albums Radiohead released during their career have forever changed the industry they criticized so harshly.

Radiohead is a British rock band consisting of lead singer York, brothers Johnny and Colin Greenwood on the bass and guitar respectively with guitarist Ed O’Brian and Drummer Phil Selway. They started playing together in high school in their hometown of Oxford, England, in 1985, but little did they know, these five boys were going to change music forever.

In 1992 the band signed with EMI, the same record label that brought bands like Queen, Pink Floyd and The Beatles. This allowed them to start work on their first studio album, “Pablo Honey.” This album brought them their first hit single and still their most popular song, “Creep.”

The success of “Creep” allowed them almost full creative control from their record label on their next record “The Bends.” The label soon realized that the Radiohead they heard on “Creep” was a far cry from the band we were going to hear on “The Bends.”

“ Having a big hit was a bit of a mind-f*** on one level, but it was extremely useful on another level,” Yorke said in an interview with Rolling Stone. “It was like a pass that allowed us to do whatever we wanted for a few years.”

The band took less of a pop approach to this new record and more of a heavy, darker rock approach, something they would carry with them into their third studio album, “OK Computer.”

After getting off the tour to support “The Bends”, Radiohead holed themselves up in an old English manor in the countryside they had converted into a recording space, to record their next project. For three weeks they used the many rooms in the manor to achieve different acoustic sounds and recording techniques to give the album a distinct feel.

Radiohead left that manor with a collection of songs that were nothing like anything the rock music scene had ever heard.  During  the late 1990s, the airwaves were populated with bands like U2 and Pearl Jam with their more radio-friendly approach to rock music. Then, Radiohead came out of nowhere in 1997 with a concept album like “Ok Computer” shifting the genre in a completely different direction.

“OK Computer” sounds similar to something a band like Coldplay would have put out in the 2000s, but it just goes to show how far ahead of the game Radiohead was. They were using instruments that aren’t very common in the Rock genre in a way no one had ever seen from a mainstream act like Radiohead.

“Songs like ‘Paranoid Android’ made it OK to write music differently, to be more experimental,” Brendon Curtis of the band “Secret Machines” said. “ …  OK Computer was important because it reintroduced unconventional writing and song structures.”

Instruments like the sleigh bells on the opening track “Airbag” or the Glockenspiel on “No Surprises” created a unique vibe throughout many tracks on the album, setting it apart from other acts at the time. Another element Yorke brought to this album was the more orchestral feel of many tracks. The grand and epic sound of songs like “Exit Music (for a film)” and “Subterranean Homesick Alien” make the album feel like a film soundtrack.

“Let Down” and “Electioneering” sound more like the rock music of the era and may not be changing the sound of music like some other tracks, but are still fantastic tracks. Both of these songs wear their influence from the artists of the day on their sleeves with “Let Down” sounding like a softer U2 style track and “Electioneering” sounding almost like a punk-ish Green Day number with its cutting guitar lines and driving backbeat on the drums.

“OK Computer” gave frontman Yorke a chance to really refine the songwriting skills shown on the previous albums. His skills are flexed throughout the whole album and really stand out on tracks like the Pink Floyd sounding “Lucky” and the uniquely Radiohead sounding “Paranoid Android.”

The thematic through line on the album is one of fear and apprehension for the rising popularity of computers and technology. This theme is clearest in the two minute text to speech monologue “Fitter Happier,” which features a robotic voice listing the ideal attributes of a good citizen with an eerie piano in the background leaving the listener unsettled and almost confused.

“OK Computer” was an immediate critical success, and its innovative and interesting sounds were immediately heard around the rock music scene, launching Radiohead into immediate stardom. The record was given multiple 10/10 and 5 star reviews from major publications such as “Pitchfork” and “Q” and has made its way onto many greatest albums of all time lists.

This critical success led Radiohead to put on a massive world tour to promote the album that lasted over a year and included the now infamous headline show at that year’s Glastonbury festival which was marred with massive technical difficulties that caused Yorke to leave the stage in frustration. The end of this tour would see the band burnt out and tired of playing the material from their hit album.

“That tour was a year too long,” Yorke said in an interview with “Mojo” magazine. “ I was the first person to tire of it, then six months later the whole band was tired of it. Six months after that, nobody was talking anymore.”

The strain of this tour wasn’t all bad, though. When the tour was over and the band started work on their new record, Yorke expressed the need for something new, their next album would be called Kid A, and it would be one of the most unexpected sonic shifts the world had ever seen.

“There was no chance of the album sounding like that.” Yorke said, on the sound of their next project. “I’d completely had it with melody. I just wanted rhythm. All melodies to me were pure embarrassment.”