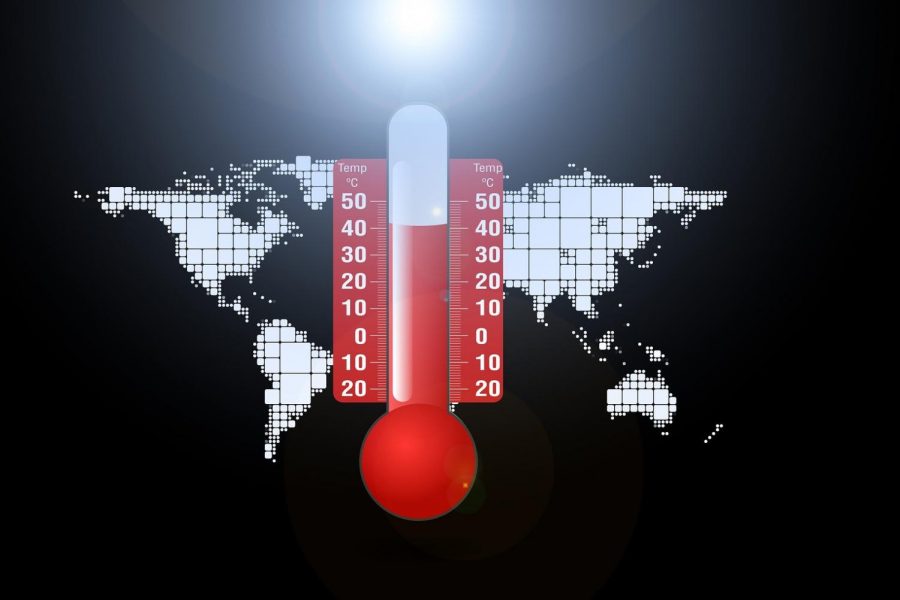 Dozens of major wildfires are sweeping through California and Oregon causing millions of dollars in damages and thousands of residents having to flee their homes. As of Sept 21, 4 million acres have been burned, a record in the state’s history.

“A lot of these communities are right up against these wilderness areas and they really feel the effects of these fires, and the world is a lot warmer now and the state is experiencing a severe drought,” former Long Beach resident Greg Raffaelson said. “This is how we are interacting with nature in our day and age.”

In June 2017,  the United States pulled out of the Paris Agreement on climate change which could pose as major threat in the battle against climate change as well as ability to understand the science behind it.

Climate change has so many variables that can make it a potential risk for not just current generations but for generations. According to the Gerard Institute for Space Studies (GISS), As of March, the Earth’s temperature was 1.16 degrees Fahrenheit (2.09F) Above the 20th century average 12.7 C (54.9). The second highest in the 140-year record.

“Sea level rise is a key problem,” said Australian National University expert on climate change Elizabeth Boulton.  “If you look at NASA’s climate change website it talks a lot about how heat from when earth was first formed as well as frictional heating caused by denser core material sinking to the center of the planet.” “Lastly, heat from the decay of radioactive elements.”

According to Boulton, “This decade is crucial.” The IPC’s (Intergovernmental Panel on Climate Change) recommendation to limit warming of the earth to 1.5 degrees in an option. It just would entail reducing emissions on a monumental amount. Limiting emissions is a difficult task because humans are constantly emitting different fumes and gases into Earth’s atmosphere.

“A steep reduction in emissions is required for 2020,” Boulton said. “There is one offshoot scenario which allows a slighter much later start, however, there is an increased risk with this pathway to reducing emissions.”

If emissions are not reduced, and misinformation and governmental cover-ups remain prominent, the world can turn to newly elected officials who will handle climate change by looking at the facts and science, instead of believing what they are told.

“If we have a leader who values the issues and is developing plans, that puts us in a good spot,” Santa Rosa resident Stacey Mathieu said. “That’s why there is a lot riding on this election in November.”

Politicians are often taken in by big companies and contracts that decide that climate change is nonexistent, and if politicians say otherwise, fossil fuel and oil companies will not sign production deals with them.

“Economically, we still utilize fossil fuels and coals,” San Francisco resident Lorelli Ryan said. “We still go to these forms of energy and they are a problem, we need to turn away and look towards the future in terms of finding newer sources of energy.”

Nick’s podcast on the issue: https://youtu.be/Qg_yQ-Dzq7c