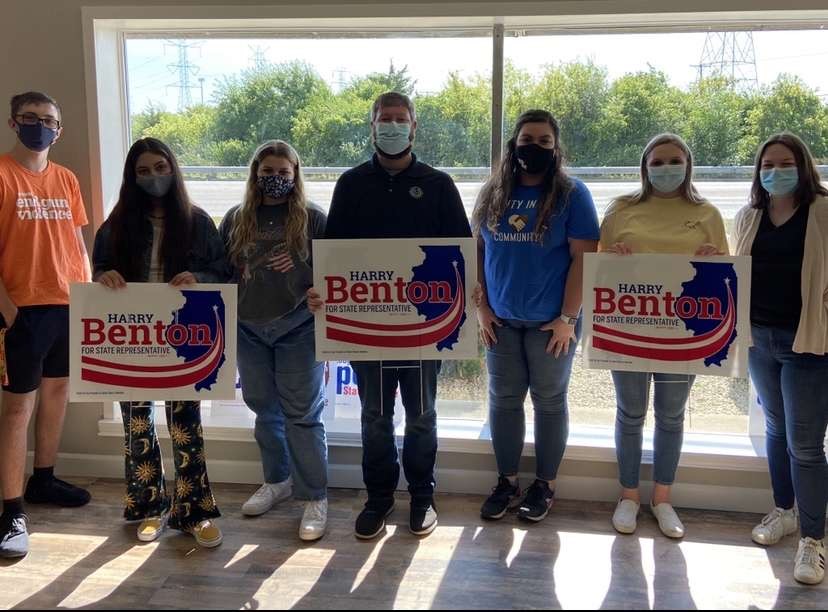 The last four years have been very contentious when it comes to the political world, and that contention has brought on an increased amount of action and calls for change by everyday citizens. One demographic that has seen an increase in political attentiveness and action is the 14-17 year olds.  It can be hard for that demographic to make a change because they are not old enough to vote. So, what are the

ways people can make a difference as a 14-17 year old student?

It is important for people to become politically conscious at a young age because, according to census.gov,  in the past two major elections, the 18-24 demographic had the lowest voter turnout, when only 21% of the eligible population came out to vote. This means that the voice of the youngest available demographic was not heard in the election, so the elected politicians might not reflect the needs of that demographic.

Plainfield is home to a couple of political youth groups for people not old enough to vote, but who want to get active. One of those groups, the Plainfield chapter of the Illinois High School Democrats, is run by Plainfield South junior Delaney O’Sullivan.

“Our group hosted a food and PPE drive as our way to give back to the community,” O’Sullivan said. “We also phone banked and wrote postcards for Harry Benton and Meg Loughran Cappel’s respective campaigns.”

Local elections are one way for students to get involved in politics and make a difference in their community. This year the seat for our district’s (97th district) state representative is up for election between Republican incumbent Mark Batinick and challenger Democrat Harry Benton.

“There is always an important election around the corner.  The local ones come up in the spring,” Batinick said. “It is very easy for anyone to get involved with a school board campaign or mayoral campaign, etc.  These offices have a huge effect on our community.  Learn about the candidates, and if there is one you really like help that individual get elected.”

Another youth group in the community is “Change Advocates.” This group was created by students over the summer to promote diversity in PSD202 schools and is led by North senior Ryan Tisdale.

All the events leading up to this election, the Black Lives Matter movement, the Pandemic and widespread criticism of the Trump Presidency found on social media have created an incredibly vocal and active group of “Gen-Z” non voters who are looking to make a difference, and according to state senate candidate Meg Loughran Chappel, these voices are more important than ever.

“Just because you’re too young to vote doesn’t mean you’re too young to influence voters and elections,” Chappel said. “ Educate yourself, talk to your friends and family, figure out your beliefs, and advocate for them. You are capable of changing minds and hearts, and you should not be afraid to change your own.”

Will County recently announced that people 16 years or older can volunteer as election judges for this upcoming election if they meet certain requirements. Teenagers have been a part of local elections working for different campaigns in the area this election season as well.

“Quite a few of our volunteers, Field Fellows, and interns are too young to vote,” Chappel said. “But [they] aren’t letting that hold them back from getting involved with our campaign in a very impactful way.”

The youth volunteer work isn’t just on the Democratic side of the ticket though, Republican Batinick has a youth presence in his campaign as well.

“They can volunteer to answer the phone, make calls, deliver signs or flyers,” Bainick said.  “We always have some young people working both on the campaign side or stateside.”