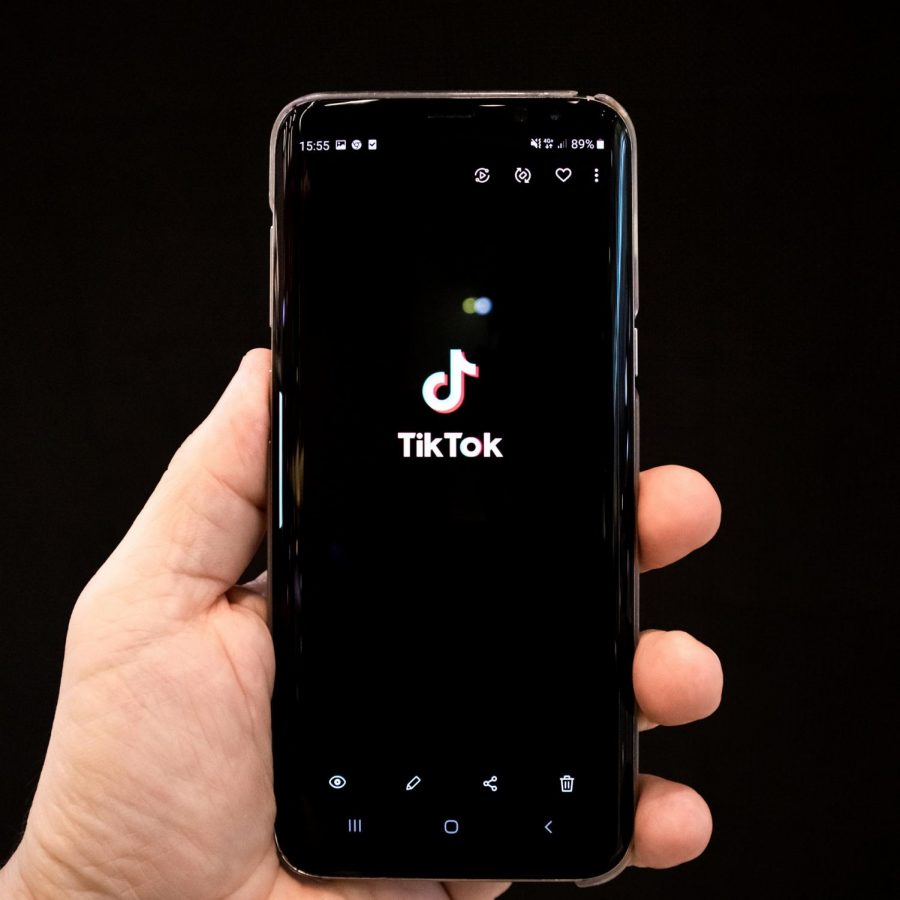 On Aug. 6, President Trump published an executive order targeting TikTok. It declared that the app will be banned from use for U.S. citizens and from being downloaded in the app stores due to security concerns.

TikTok is a social network app that can be downloaded onto phones, to which users create different types of short videos. People browse and interact with content, including a wide range of topics like singing, dancing, comedy and acting. It is popular with the Generation Z kids who found a platform where they can showcase their talents and skills to the world.

“When using TikTok, there are different ways to express your creativity depending on what you want to post,” freshmen Ava Coyne said. “Some people may want to share a craft or life hack to simplify day-to-day chores. Others may want to sing or dance to encourage others to show their talents.”

TikTok has an algorithm catered towards the videos like by a user. Once a video is liked, similar videos will show up related to the videos that were liked. Popular videos and fun trends will also show up on users’ pages.

“With the platform, it gives anyone the capability to do anything, and the videos will go to those with similar interests,” junior Gilianna Ko said. “The app also has a ton of trends and songs to choose  from so my creativity can be put out in any form.”

TikTok benefits include being introduced to fun topics and trends that peak new interests. People can find new friends and possibly find their new niche in life.

“One of the biggest benefits of TikTok is probably the communities you can find,” freshman Addison Hans said. “It’s so easy to find the community that you like or you fit into with their algorithm.”

On Sept. 28 U.S. District Judge Carl Nichols put a temporary hold on the ban. Users are still questioning if TikTok will be banned or not.

“It’s been like a month since they put the pause on the ban and my friends and I are wondering if they’re gonna ever bring it up again,” sophomore Adam Decker said. “I think they’re just gonna forget about and move on. ”

TikTok has helped many users gain friends, jobs, publicity and fame for the things they showcase on the app. Often users gain a big following because people enjoy what they do. For example, Charli D’amelio started posting dance videos, and she now has over 90 million followers on the app.

“For many people, going viral or becoming popular on TikTok is easy,” Coyne said. “If you follow the trend and make a funny joke or cool dance, it’s likely that others will enjoy it and follow you for more content that you create.”

There are over 800 million users worldwide on TikTok and 80 million of them in the U.S. America is one of the first countries to try and ban the app, but other countries such as India and Hong Kong are considering similar measures. The U.S. is trying to ban TikTok because there is a rumor that the Chinese government is stealing users’ personal information and spying on their whereabouts because it is a Chinese-manufactured app.

“TikTok is terrible,” North parent Karen Henderson said. “These teens are obsessed and irresponsible with spending all their time on it. They’re being spied on and having their information stolen by the Chinese government and they still choose to watch those videos. My kids aren’t allowed to have TikTok.”

Other negatives associated with TikTok include time consumption and bad people such as child predators or people who induce underage drinking and drug use which could show up when browsing.

“You can become a mindless scroller when on the app,” freshman Gavin Seno said. “It can get distracting when watching 10- 30 second videos, and you can lose track of time. Also when you’re on your For You page, some bad influences can pop up and say things that aren’t necessarily good.”