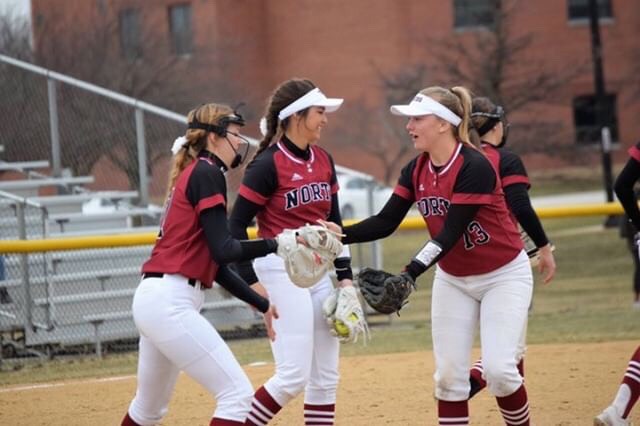 Fresh off their best year in team history and a state championship appearance, girls’ softball is positioned to repeat last year’s success.

They still have many of the players that they had last year during their long playoff run to state. Head coach Ben Hewett commented on the present state of their team and what they can do for this season.

“In regard to the team, we want to win conference and ultimately become a greater team as a group every day,” Hewett said. “Our mission is to remain a top team all year and win as much as possible.”

The team has talent all around and a group of seniors that have been with the team for a while. Senior Sam Mallinder, who committed to NIU earlier this year to continue playing softball, is considered a leader on the team and one of the best returning players.

“The team has six varsity returners, and everyone is making an impact in their own way, whether it’s with their bats or on the field,” Mallinder said.

The team captains are Mallinder and senior Ryan Shaughnessy who are their most consistent and top seniors. Senior Kaitlyn Sandora, another valuable returner from last season, spoke about the team’s senior captains and their jobs as leaders.

“Our team captains are Sam Mallinder and Ryan Shaughnessy,” Sandora said. “They were both chosen based on their ability to lead by example on and off the field. Their ability to play at a high level has helped the varsity team the past few years.”

The team currently rests at a 9-11 record with most of their season complete and with many games having been rescheduled or cancelled due to weather conditions.

“We obviously want to make another run when [the] playoffs roll around,” Mallinder said.

Coming off a tough loss to Oswego East on April 16, they played at Joliet Central on April 17 and pulled off a dominant 11-1 win on the road.

“This year’s team is a lot younger than last year’s team, so we all have a lot to learn,” Mallinder said. “We have a lot of potential and are gelling very nicely.”

“I believe that we can bounce back,” Sandora said. “Our next game against Oswego is at home and we will be able to bring a lot of energy.”

After having lost a handful of players, they are still confident in the players that they have now.

“As a team we would like to grow as a family in order to win conference then make it far in the playoffs,” Sandora said.