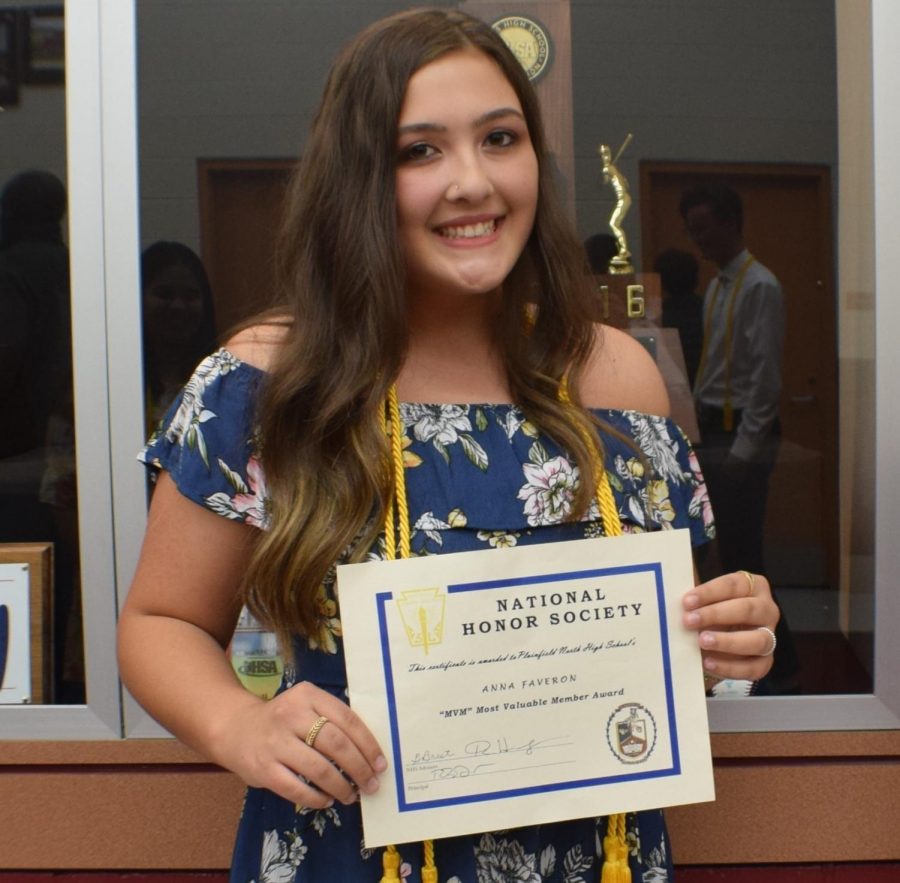 The National Honor Society inducted 154 new members into the organization on April 29 during a candle lighting ceremony.
This organization recognizes the academic achievements of students who excel in areas like leadership and service.
“NHS is a group of students who achieve educational success, lead others, and impact their community and school,” junior Andrew Kramer said.
In order to become a member of NHS, a student needs a strong GPA and to complete an informational packet. Three recommendations and two written essays are also required. The first essay has to be written about the applicant’s role as a leader, and the second essay is a letter to a coach, teacher or mentor from North who has influenced the candidate.
“A student must meet the initial requirement of a weighted GPA of 4.5 or higher,” NHS co-sponsor Rachel Hidalgo said. “Then, the student will complete an information packet which requires documentation of involvement in co-curricular activities, leadership roles and participation in service events.”
This information is necessary to be considered for NHS because it helps the faculty and organization sponsors to decide membership.
“The evaluation packet also provides information from outside sources as well as an advisor, employer or coach that can speak to the candidate’s character and leadership potential,” NHS co-sponsor Ginger Brest said.
Inducted students must volunteer for service opportunities.
“Events and service opportunities are planned by the officers,” Brest said.
Students can volunteer at places like hospitals and nursing homes in order to earn their service hours.
“Many attend Feed My Starving Children, volunteer at hospitals, tutor, visit nursing homes and homeless shelters to name a few,” Brest said. “Others participate in mission trips and volunteer within their religious establishments.”
There are currently 133 members of NHS, including the seven officers. 154 students are being inducted into NHS for next year.
“I am set to be inducted into NHS…based on my academics, school involvement, two essay responses and two letters of recommendation,” junior Sarah Fisher said.
Students consider joining NHS because it can help them be appreciated by their classmates.
“Students should consider NHS because it would classify them as a person to be respected and admired because of their work ethic and ability to maintain good character,” junior Alison Williams said.
Also, during the candle lighting ceremony, current NHS seniors will be given a cord to wear during graduation.
“[We] honored the achievements of the current NHS members with their graduation cords,” Hidalgo said.